A group of Coastwatchers from across Ireland  North and South came together in Trinity College Dublin to examine preliminary Autumn 2016 survey result findings, draft conclusions and recommendations which would inform our 2017 work.

The agenda was set in three parts

An informal gathering in the Museum building front hall for surveyors and coordinators to meet.  This lively session included a ‘pass the parcel’ of micro litter pellets gathered by Paddy Houlihan on East Waterford shores, with guesses as to the origin and use of black pellets as shown in this photo by Dave from Lough Your Lough.  Since then, one participant – Patrick Veale of TCD – has come back with tentative origin as recycled plastic. (see here http://bit.do/recycledplasticpellets) (Photo below by Dave and Olivia – Love Your Lough) 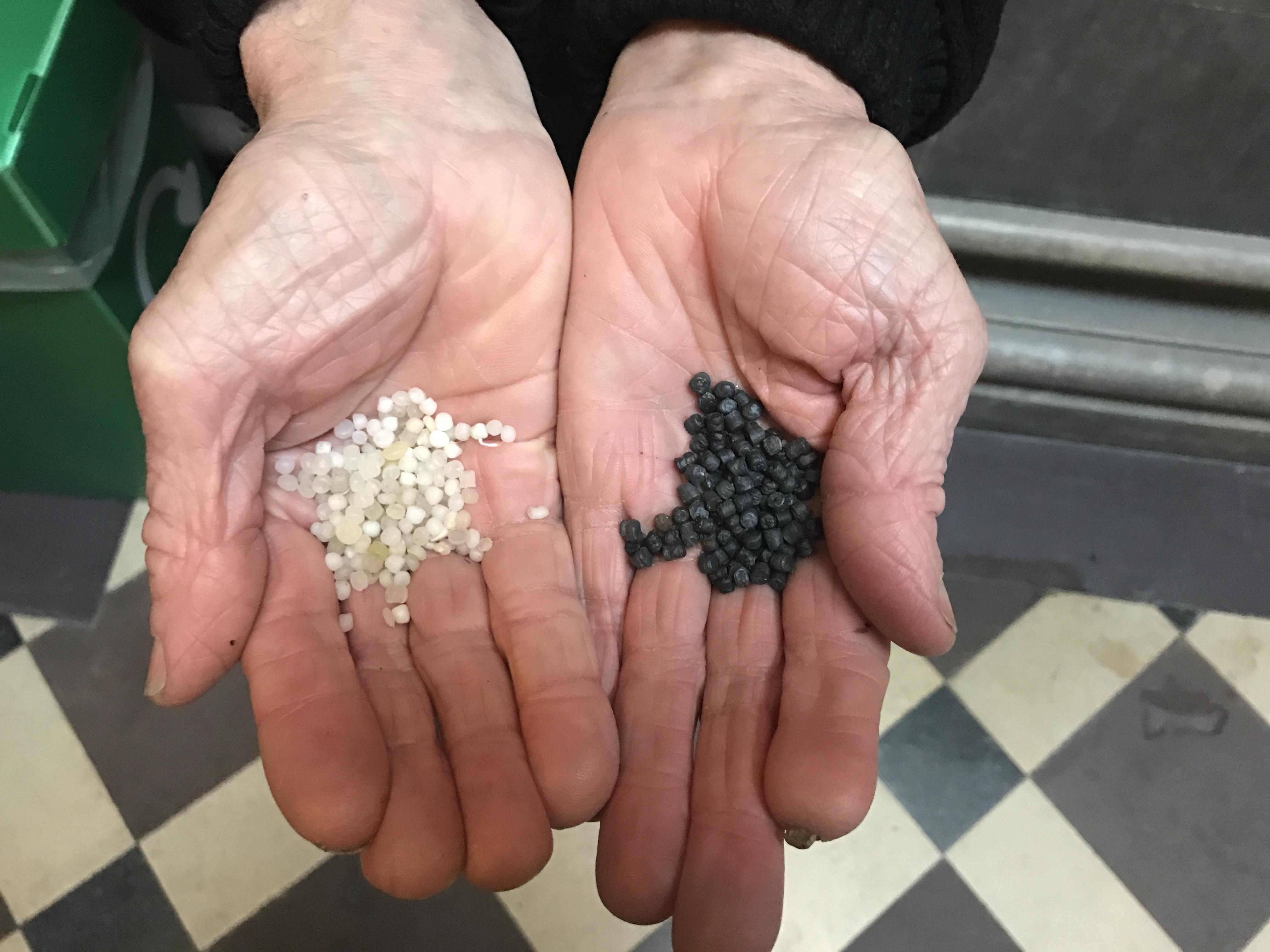 After a hearty welcome by Prof Brian Broderick, Head of Dept of Civil, Structural and Environmental Engineering Trinity College Dublin, session 1 was introduced by Karin Dubsky who set out the aims:

Some of the key findings of the Coastwatch citizen science work of autumn 2016 were summarised by Karin Dubsky international Coastwatch coordinator TCD and Angel Duarte, Technical Coordinator Coastwatch – see executive summary. Karin noted that seaweeds and sea grasses would be part of a separate Coastwatch seaweed policy launch and some survey sections will be left as core part of the final result launch in January.

Hold the date: Full Results launch and seminar will be hosted by Dublin City Council in their Wood Quay venue on Jan 19th or 23rd 2017 and accompanied by a one week exhibition which is to include the only 1000 photos surveyors submitted as evidence and illustration in this last survey.

Bernie Connolly – Tyres in the Tide

12.20 Litter and Waste on the shore, in harbours and in birds

As time ran out, discussion and Recommendations were discussed over a Buttery lunch with participants.

We wish to thank all speakers and chairs, the Water Section of the Department of Housing for grant support  which covered printing, travel and refreshments, Trinity College Dublin for the room and equipment and those speakers who  donated their travel as project co funding.